The ApollineProject is a multi-disciplinary research project which seeks to bring to light the hitherto neglected past of the area to the north of  Mt. Vesuvius. The project has several components but major excavation work focuses upon two sites; a well preserved post-79 AD Roman baths at PollenaTrocchia and an early Medieval church at Roccarainola. Those interested in adding to their experience of archaeological fieldwork and post-excavation practice will find our September programme of great interest. It involves two weeks of major excavations at the church at Roccarainola and a further two of lab work at Pollena Trocchia. The programme is ideal for students who may have limited archaeological experience but wish to gain more while working in a range of different environments. Classes will be given on working with pottery finds and there will be plenty of opportunity to work with freshly discovered material. Opportunities to engage with the archaeology of death and burial also exist as the result of a number of finds already made at Roccarainola. 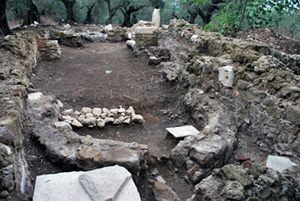 Subsequently, the baths at Pollena give participants the opportunity to study the artefacts of a well preserved and large scale Roman site. What makes this opportunity different is the time-span offered to students (Roman and Medieval) and the chance to work on two very different sites in a single month long programme. However, those wishing to stay only for one of the excavations may do so. The excavations at ‘Rocca’ (the church) takes place from September 3rd until the 16th while the work at Pollena (bath-house) take place from the 17th until the 30th. Good accommodation is provided (with an internet connection) and included within the price along with all tuition. It should be noted that while food is not included, living costs in the area are very modest. 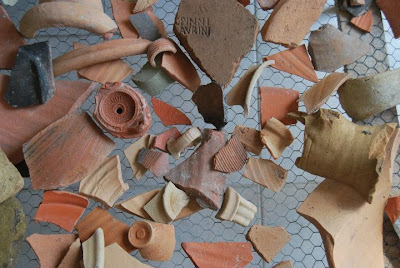 The deadline for applications is 26th August 2012, but earlier applications will be considered and processed within two days.
If you wish to know more, you will find additional information on our website along with the application form which is submitted electronically.