It saddens me greatly to hear of the death this week of Herman Geertman. I have many memories of him at Pompeii, of his great knowledge of the site and his kindness to other scholars. Pompeii was enriched by his presence. He will be missed.


Prof. dr. Herman Geertman (1935-2015)
Herman Geertman died Tuesday June 30th. He was Professor of Classical and Mediterranean Archaeology at Leiden University (1979-2000), director of the Dutch Institute at Rome (1997-2002) and director of the RUSPA (Richerche Urbanistiche Su Pompei Antica) project (1985-present). He was also a member of the Scientific Committee of the Herculaneum Conservation Project.

Herman leaves behind his wife, two sons & their wives and three grandchildren. He will be sorely missed. 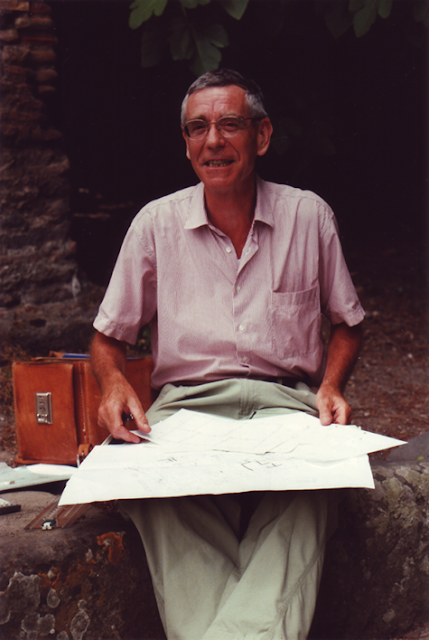