The western Insula Episcopalis of Naples is an archaeological site of great value in order to reconstruct the history of Neapolis. The first phase of construction is a large orthostatic wall with a drainage channel dating to the 4th century BC. Later the wall suffered a collapse, but we don’t know exactly when it happened. In the first half of the 1st century AD (probably in the first quarter of the century), when Naples became a municipium, a thermal bath was built above the wall. At the end of the 3rd-4th century AD a wall in opus vittatum was built in the south-east corner of the bath and the Aurelius Eutycianus’ leaden fistula was placed at the same point, recording the transformation of the original character of the thermae. Finally, the orthostatic wall and the bath were completely obliterated by the early Christian buildings, the Basilica of Santa Restituta and the Baptistery of San Giovanni in Fonte. 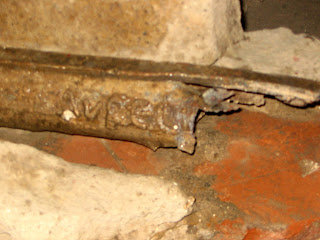 Posted by Armando Cristilli at 21:55