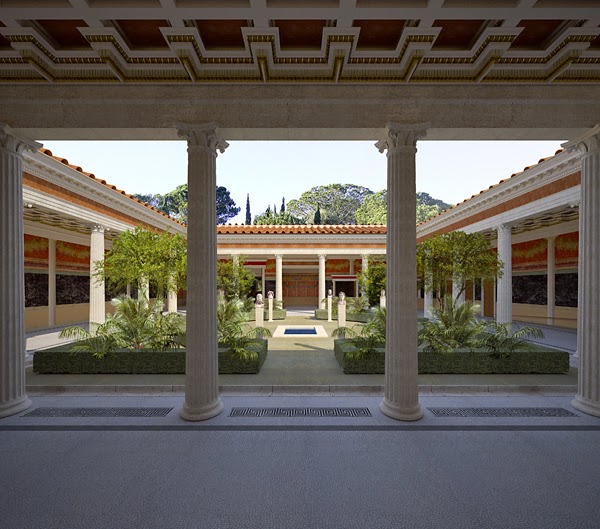 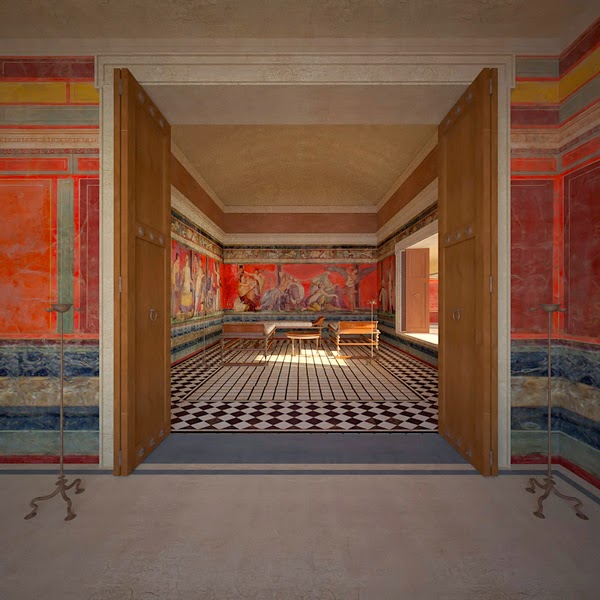 More images can be seen here.﻿ The purpose of this reconstruction was to 'investigate the relationship of the Triclinium, the famous dining room at the villa of the Mysteries in Pompeii, Italy, to its setting within its gardens and its extensive views. The room itself is still relatively intact but is now shut off from exterior light in order to preserve the wonderful murals inside. The series of reconstructed views try to give some notion of its opening into the landscape and its dayight and evening.'
Posted by Jo Berry at 10:22