The Herculaneum Centre (www.herculaneumcentre.org), thanks to the generous support of the Friends of Herculaneum Society (www.herculaneum.ox.ac.uk), is once again able to offer an award for research to be carried out on a subject related to Herculaneum in 2013-2014. The award of 1,000 is intended to support travel to and time spent at the archaeological site of Herculaneum, Italy, and is open to students registered on a post-graduate university programme. Deadline 31st October 2013.

For further information and to apply click on the following link:

Out now: Journal of Roman Archaeology 2013

JRA 2013 is out now and contains the following Pompeii-related material:

N. Monteix The apple of discord: fleece-washing in Pompeii’s textile economy. A response to M. Flohr 79


S. J. R. Ellis, The shops and workshops of Herculaneum

A. Wallace-Hadrill, Trying to define and identify the Roman "middle classes"

T. A. J. McGinn, Sorting out prostitution in Pompeii: the material remains, terminology and the legal sources 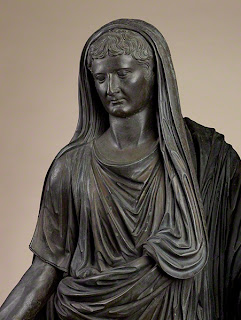 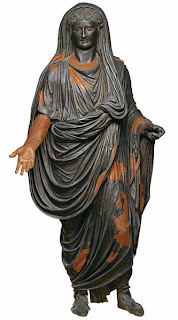 Sign up for e-Getty at www.getty.edu/subscribe to receive free monthly highlights of events at the Getty Center and the Getty Villa via e-mail, or visit www.getty.edu for a complete calendar of public programs.
Posted by Jo Berry at 09:10
0 comments

Almost four years ago, Francesca Tronchin interviewed me for Blogging Pompeii on my plans for Pompeiana.org and some bold predictions were made:

I am encouraged by the power of this organizational structure to believe that the GIS will in the future be the primary platform for using Pompeiana.org. By linking the searchable bibliography, full-text articles and books, online images, and other electronic resources to each property, research can be done by simply clicking on the location of interest to bring together all of these materials in one place. It’s a big project, but so were the indispensable works of the PPM, the CTP, and Garcia y Garcia’s bibliography. Now imagine them all together, on your screen and weighing only as much as your laptop.

Last Friday, the first of many updates on the progress of the Pompeii Bibliography and Mapping Project was published on our blog. You can read that here. Hopefully, I'm finally making good on all that optimism shown above. The thoughts and imaginings of the Blogging Pompeii community especially are desired now. Things are still in "deep beta" form, but please do share what you'd want the site to do and do better, what resources we should be adding or privileging, and if you have anything to share - citations, digital full-text copies, spatial data, time, expertise, or anything else - let me know. - EP

The Herculaneum Centre (www.herculaneumcentre.org), thanks to the generous support of the Friends of Herculaneum Society (www.herculaneum.ox.ac.uk), is once again able to offer an award for research to be carried out on a subject related to Herculaneum in 2013-2014. The award of £1,000 is intended to support travel to and time spent at the archaeological site of Herculaneum, Italy, and is open to students registered on a postgraduate university programme.
Deadline 31 October 2013. Follow this link to download application form:
http://herculaneum.arielcom.info/DOWNLOADS/2013-10-17_13-38-11RegolamentoeModuloIscrizioneAward213.pdf

I'm posting an official press release from the Soprintendenza that basically says that you can now use your debit and credit cards to buy tickets when visiting Pompeii and Herculaneum. In addition, you can buy tickets in advance online.

Lecture: Reimagining the Villa of 'Poppaea'

The Rome Society of the Archaeological Institute of America announces its upcoming lecture:

"Reimagining the Villa 'of Poppaea': the Oplontis Project and its Frescoes"

The lecture will take place on Tuesday, October 22, 2013 at 7.00 pm,
at Cornell in Rome. College of Architecture, Art and Planning, Via dei Barbieri 6, Rome. 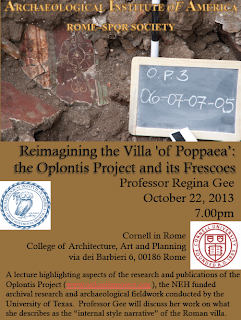 A very interesting article outlining the archaeological evidence for what happened at Herculaneum after the eruption in AD 79 has just been published in the new issue of the Papers of the British School at Rome by Herculaneum Conservation Project archaeologist Domenico Camardo:

Herculaneum from the ad 79 eruption to the medieval period: analysis of the documentary, iconographic and archaeological sources, with new data on the beginning of exploration at the ancient town

Abstract
This article, divided into two main parts, first analyses the archaeological data for a return to the site of Herculaneum after its destruction in the ad 79 eruption. The evidence includes a necropolis above the Roman town, along with burials and other finds in the Herculaneum area up to the late antique period. The second part looks at how the medieval settlement of Resina grew up over ancient Herculaneum and how new archaeological research has demonstrated that tunnelling was already being carried out to retrieve marble and building materials from the Roman town in the fourteenth century. This occurred sporadically, but it seems to have continued, without being continuous, through the subsequent centuries and pre-dates by several centuries the so-called ‘re-discovery’ of Herculaneum in 1710, which took place over twenty years before the beginning of systematic excavations in 1738.